... a diverse and impressive island in the Atlantic Ocean. 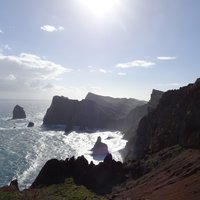 The island of Madeira has a surface area of 459 square miles (741 km2), (35 miles long and 13 miles wide). Porto Santo is the smaller of the inhabited islands of the Madeira Archipelago.

Thanks to their excellent geographical location and mountainous relief, these islands have surprisingly balmy weather, with moderate humidity and pleasant average temperatures of 25ºC in the summer and 17ºC in the winter.

The sea temperature is also very mild, thanks to the influence of the warm Gulf Stream, averaging 22ºC in the summer and 18ºC in the winter. 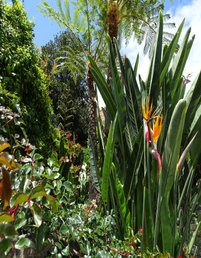 One of the greatest tourist attractions of the Island of Madeira lies in its spectacular landscape. Its luxurious vegetation continues to fascinate all those closely drawn to nature.

This archipelago, included in the bio-geographic region of Macaronesia, retains a natural heritage of great scientific value, distinguished by UNESCO as World Natural Heritage.

Madeira's indigenous Laurissilva forest, occupying an area of 15 thousand hectares, forms part of this vast layer of vegetation that covers the island. This ancient forest dates back to the Tertiary Era and includes very large trees amongst which are the Til, the Laurel and the Brazilian Mahogany. Surrounding the trees are mosses and many other bushes, including heather and ferns. Amongst the bird life there are rare species such as the Long-toed pigeon, Zino's petrel and the Madeira Freira petrel.

Considered a living relic, almost all of it has been classified as part of the Madeira Nature Reserve, and is deemed a Total Preservation Area. 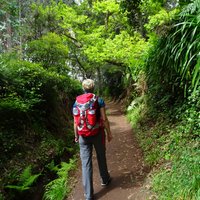 Levadas are small irrigation canals that can be found on Madeira Island and on the island of La Palma, in the Canary Islands.

On Madeira Island, the use of levadas resulted from the need to bring large amounts of water from the north-facing springs where it is abundant, to the south side of the island.

The levadas began to be built in the sixteenth century and the most recent ones date back to the 1940s, supplying water to hydroelectric power plants and also  for irrigation purposes. Their total length is approximately 3.000 km and you can stroll through them on foot; allowing you to reach the heart of the island where you will encounter breathtaking landscapes. From 0 to 1,862 meters the excitement is guaranteed!

The Madeira “Levadas" are among a number of protected areas including, most importantly, the Madeira Natural Park and the Funchal Ecological Park. 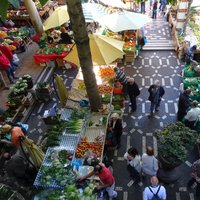 The name of the city of Funchal derives from the plant Foeniculum vulgare, the fennel plant. Fennel was an essential plant in gastronomy and regional sweets.

Despite the abundance of fennel, it was the sugar that provided for a sustainable economy in the city of Funchal and throughout the island. Madeira wine has now succeeded sugar as the predominant product of the region. Sugar and vines are icons incorporated into the city crest.

Funchal is unique because of its diversity, from the sea to the mountains, from the fruits to the flowers and from the embroidery to the basket sleds, all influenced by its tropical climate, which allows for production and unique activities.